A downloadable game for Windows and Linux

Visit this campaign on Kickstarter and find out about Backer unique rewards and Stretch Goals!

Like it? Hate it? We want to know your opinion! The community is a very important element for us and we want to hear you out! Leave a comment with your opinion and feedback!!

Do you dare to uncover the dark secret of Necrocosmos?

In Necrocosmos, you will be able to travel to the ends of the universe and explore unknown, unravel hidden mysteries, and fight against threats that you would have never imagined!

Every player will start in a different star map and will be able to explore it freely. This way, every player will have a different game experience. Also, you will have to study different stars and comets in Andromeda, and search for planets that you can visit to make progress in your investigation. Planets are not procedurally generated. They are all designed with care and attention so that every planet feels refreshing and surprising. Plus, planet distribution in the galaxy is randomized. This means that, while every player will start in the same planet, the neighbor planets will be completely different each time. You will live your own unique adventure, all while keeping the essence of a game made by people!

With the help of your spaceship, ATILA-1, you will travel through Andromeda, defending yourself against the multiple threats that will hinder your journey. There will be destinations and routes that may be too dangerous, but don’t worry! You can upgrade your spaceship to overcome even the worst threats! The duration and difficulty of spaceship stages will depend on the length of the journey and the type of areas you are traveling through. These areas will be generated based on events that will be procedurally ordered and are also designed to follow intelligent patterns, so every journey will be not only different, but also challenging for the mind like old school games.

On top of that, journeys can be interrupted by pirates, meteorites, unidentified objects or very powerful bosses!

Once you find a planet that you can access, you will be able to explore it in the most genuine Metroidvania style. Explore the planet freely, break secret walls to find hidden secrets, investigate old diaries and, of course, survive the dreadful alien life forms!

Each planet is designed with care and attention, each planet has its own auto conclusive plot and lore, and at same time is related to the global plot of Necrocosmos. Meaning that you can understand and enjoy the game in whatever order you choose to explore the planets.. Do you want to know why that room had blood splatters all over it? Who’s that oddly-named boss? Why did the scientists commit suicide? All that information is waiting for you to uncover it!

The game has a level design reminiscent of the classic Metroidvania games, with hidden rooms and destructible walls, and the individual planets have also been designed to be fun and quick to explore. You will have to avoid spike-filled areas using your Jetpack, crawl inside ventilation conduits, tread cautiously through ground areas that can fall under your feet, and face hundreds of enemies that have been specifically designed to test your skills using the DNA-Gun and the Jetpack! Explore the different planets while collecting resources to improve and enhance your equipment, discover the hidden secrets, and find the many lost diaries scattered on each planet!

The most powerful weapon of the galaxy, the DNA-Gun, is now in your hands! Use your trusty DNA-Gun to collect and fuse the DNA of your enemies, creating new and powerful shots. For example, you can combine DNA-Blue and DNA-Blue to create a shot capable of freezing water, allowing you to walk on it. There are dozens of different combinations and every new shot has unique properties that will help you to advance in your adventure, exterminate the strongest enemies and even solve puzzles and logic tests. Every boss you’ll encounter has a weak spot that can only be affected by a specific DNA combination, so learning how to use the DNA-Gun will be vital for your survival. Certain types of DNA may not be collectable on certain planets, so you will need to adapt to your environment and the shots you can create with what you find.

Bosses are a key part of Necrocosmos, as they present an incredible challenge to your skills and intelligence. Each planet has one or several bosses that you will have to face with your DNA-Gun as your only help.

Discovering which DNA combination will be able to beat the boss and how to obtain it will be your main mission during the fights. Aside, of course, from surviving!

Why jump when you can fly? Use your Jetpack to explore the different planets of Necrocosmos, but remember… not all planets have the same gravity! There will be planets where you'll barely be able to jump even when using the Jetpack, and planets where using the Jetpack may send you into the planet’s stratosphere!

While the DNA-Gun is indeed your main weapon, the Jetpack is just as essential, since using it properly can help you to avoid enemies and move around them to hit them just where you want to. The Jetpack can also be improved and enhanced to make you reach places that were originally too hard to access.

The meteorological conditions won’t always be on your side! For that reason, you will need to find and build different armors to be able to access and locate all the secrets that Necrocosmos hides. Different planets will require different types of armor to face the planet’s threats: Water Armor, Thermoresistant Armor, Antiradioactive Armor... Improve and enhance your armor to be up to the challenge!

As your journey progresses, you will have to collect resources: rare minerals, robot pieces or even your enemy’s organs! You can find them inside of boxes or scattered all over the levels and they will be crucial in your adventure. Resources can be turned into fuel, used to fix your armor, and help you obtain enhancements for your equipment among many other uses.

And not only that, you will also need them to save the game in the middle of a mission! Manage your resources carefully, or else you may end up stranded alone in space with nothing but your own despair as company.

Set in the year 5.135 NT (3.870.053.315 AD), it has been millions of years since the Earth became uninhabitable and thus humans now live scattered in colonies all over the Milky Way. Wars between species, federations, and colonies have made the galaxy a constant war zone where peace is but a flimsy mirage created by the governments to control the population. In this environment of pure conflict, many have started to venture in the unknown galaxy of Andromeda (which is getting closer to the Milky Way and will, eventually, fuse with it in the future), in search for new knowledge, resources, or simply a place to live.

Not all adventures start with heroic deeds and this one is not an exception. Max Weaver’s mission is simple: find a group of missing scientists that were in the middle of an investigation project called EXEO in Andromeda. An easy, boring and quick mission (locate a bunch of corpses and steal anything valuable), or so it seemed… for what was expected to be simple mission will end up becoming the worst and deadliest nightmare ever lived and seen.

Gameplay-wise, Necrocosmos is influenced by a variety of sci-fi media that we all grew up with during our childhood. It’s mainly inspired by those 8-bits games especially arcade coin op machines. Games that would put gamers to the test and be challenging, that would surprise and entertain at the same time.

However, gameplay and playability are not everything. For us, the plot is a key component of a video game, especially an exploration and investigation game like Necrocosmos. That’s why we did our research and read classic and essential sci-fi novels to write Necrocosmos’s script. Dune by Frank Herbert, Hyperion by Dan Simmons, 1984 by George Orwell, Foundation by Isaac Asimov, and of course Do Androids Dream of Electric Sheep? from Philip K. We also rewatched some classic cinematographic titles that we love, such as Alien, Cube, Blade Runner, Solaris, or The Thing.

We want to honour these great titles by creating, together with you, one of the best Metroidvania games ever!

Like it? Hate it? We want to know your opinion! The community is a very
important element for us and we want to hear you out! Leave a comment
with your opinion and feedback!!

Visit this campaign on Kickstarter and find out about Backer unique rewards and Stretch Goals!

Please finish and release the game
by GeneralPhong · 1 post
212d
Linux 32-Bit Bug
by RuthlessDust but merry · 1 post
3y
Any Updates?
by Schmidt Workshops · 1 post
4y
Any new updates on this ?
by SpaceOrchestra · 1 post
4y
Was this game here before?
by sitebender · 5 posts
5y
Let's play
by Spudcats · 2 posts
5y
Post a new topicView all posts 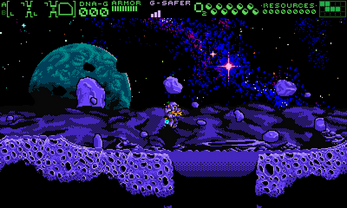 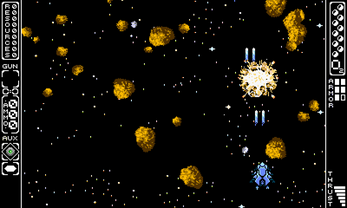 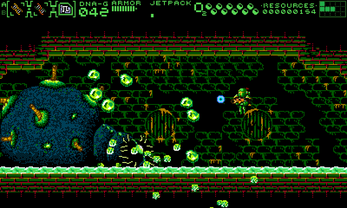 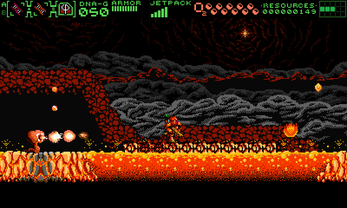 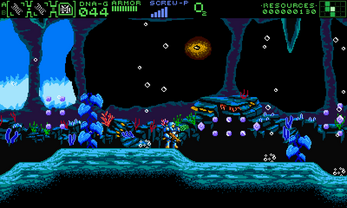 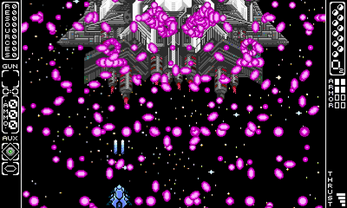 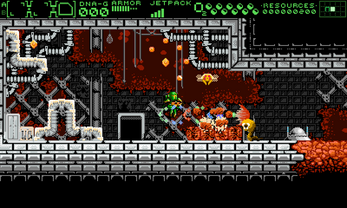 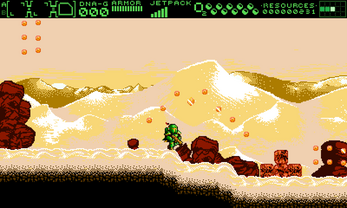