A downloadable Kharon's Crypt for Windows and Linux

Kharon's Crypt is an eerie non-linear dungeon crawler game full of puzzles, riddles and deadly challenges, and graphics designed to follow the aesthetics of the beloved Game Boy Color. In Kharon's Crypt, you'll be playing as Kharon (a being thought to be death itself) in his mission to escape from the crypt where he had been sealed by a deranged king that wanted to elude death.

As Kharon, your abilities are flying, going through physical objects, and making your enemies feel dizzy. To defeat your opponents and escape from the crypt, you'll need to steal the bodies of your enemies by possessing them. You'll be able to fly in a bat's body, fight from inside a skeleton, or even use a mime's abilities to help yourself hide.

Do you have what it takes to escape from the crypt and compel the Deranged King to meet his fate?

Due to being a spirit, Kharon can't inflict damage on his enemies or interact with physical objects. In order to face the crypt's many threats, you'll need to steal the bodies of Kharon's enemies by possessing them.

You can also turn yourself ethereal to pass through objects, which can be useful if you need to run away. Moreover, the ethereal state turns you invulnerable for a few seconds.

The crypt is infested with dozens of different kinds of enemies. Each enemy has characteristics and abilities specific and exclusive to their body that you can take advantage of by possessing them. For example:

If you steal a winged being's body, like that of a bat, a Shan or a Byakhee, you'll be able to fly over the abyss of the crypt.

A Mime's body can help you remain undetected by other fearsome, powerful creatures.

But the most important and useful bodies for you will be the bodies that have hands. Since Kharon can't interact with physical objects as a spirit–and therefore can't open doors or chests, activate mechanisms, or use weapons–, stealing a body with hands will allow you to do so very easily.

You will find dozens of different weapons in the crypt that you will be able to use as long as you possess a body with hands. Most of these weapons are too heavy to carry as a spirit, and they will drop to the ground when the possession is over. You can pick them up again by stealing a new body.

Main weapons such as swords, spears and axes have two types of offensive moves: a regular one and a special charge move unique to that weapon. Choosing the right weapon according to the situation will be the key to survive the many threats of the crypt.

Aside from the main weapons, you will also find throwing weapons, like Chakrams. Due to their light weight, they're easy to carry with you even when in your spirit form. However, you will still need to steal a body with hands in order to use them.

Cursed Objects are the rarest and most powerful weapons in Kharon's Crypt. They remain hidden in the depths of the crypt and they will come to great use when solving the puzzles and riddles that you will find in the crypt. These objects can be carried even in spirit form.

Like Kharon, other spirits were imprisoned in urns and sealed in the crypt. These urns hold within them the ire of hundreds of years of imprisonment, which will be unleashed once you break them.

You can break the urns either by throwing them or by striking them with a throwing weapon, like a Chakram.

The Mirror of Nitocris can be used to deflect harmful flashes and lights to protect yourself.

The Mirror can also show the deepest fears and nightmares of anyone who looks in it. 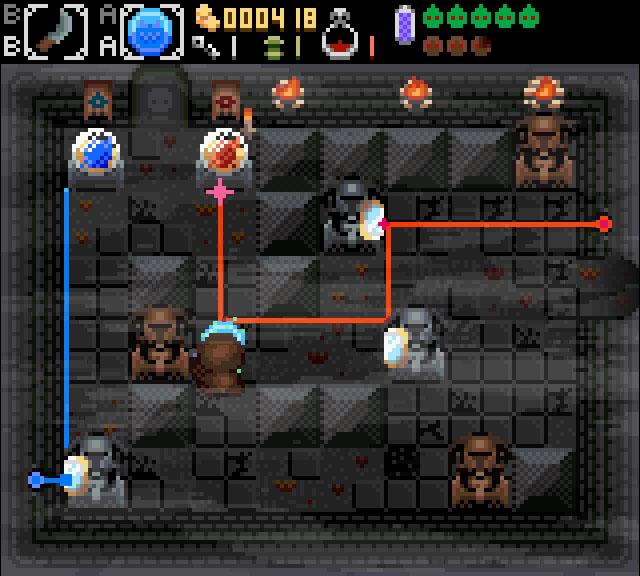 Echoes of the Crypt

As you already know, the crypt is not only inhabited by terrifying creatures. There are also plenty of imprisoned spirits just like you. 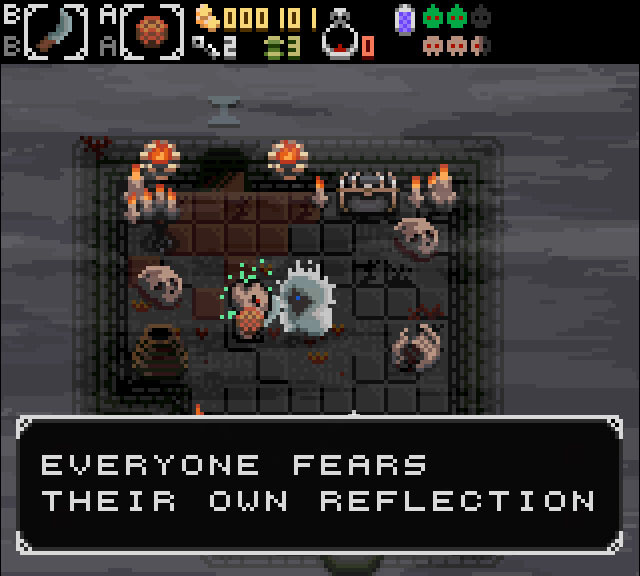 The Echoes are the lost, undead souls of guardians that watch over the crypt.
They will offer you sound advice and useful clues, as well as sell you
maps of the different levels of the crypt. They will also be more than
willing to give you some of their prized items... for a reasonable price, of course. 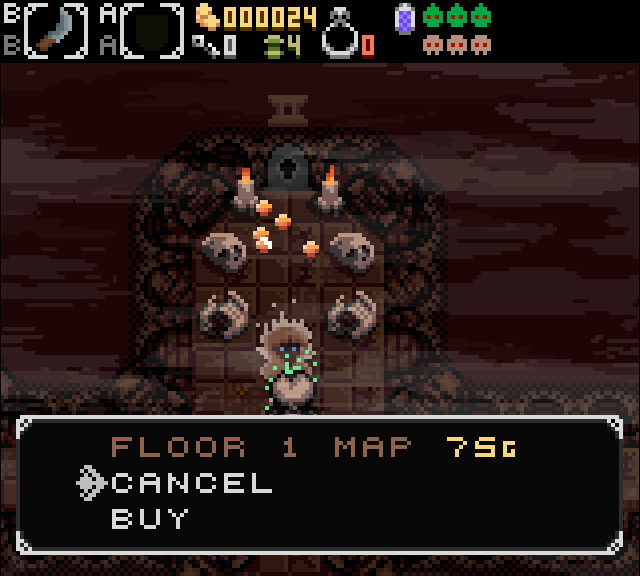 The crypt is filled with hundreds of puzzles and riddles designed to prevent Kharon from escaping that will put your quick-wit and reflexes to the test.

Demons risen from the depths of hell watch over the thresholds of the crypt. If you want to get away from them alive, you will have no choice but to muster your courage and face these powerful beasts.

But brute force won't be enough to defeat Bosses in Kharon's Crypt.
You will need a combination of brains and brawn, and good strategies.
Some of the most fearsome ones will be completely invulnerable and our
mission will be to figure out how to harm them while trying to survive their brutal attacks.

Choose your weapons wisely before facing these demons, and remember–there's nothing stronger than the fear of death, and you are Death.

There was a King so deranged that he wished to defy his inevitable fate...Death.

When Kharon, the one who carries dead souls to their final rest, came to his castle, the Deranged King imprisoned Kharon in a cursed urn using black magic, thus preventing him from claiming the soul he had come to take.

However, the King knew that Kharon would not stay contained inside the urn forever, so he ordered to find the best and more experienced sorcerers and architects... To dig under his castle and build the most abyssal crypt ever built.

And, with the help of dark pacts and blood magic, he sealed Kharon's urn in it.

And the urn was left to rest in the depths of that eerie place.

And there it lay, still and intact, waiting in the dark. Until today...

Kharon is the main character. He is not Death, but if
someone were to describe Death, they'd be describing Kharon. "That is
not dead which can eternal lie," and tonight is the night Kharon finally
breaks free from the urn that had been containing him for hundreds of
years. Tonight is the night fate will be fulfilled, and none of the
hundreds of traps and demons that inhabit the crypt will be enough to
stop the wrath of the Lord of the Dead. 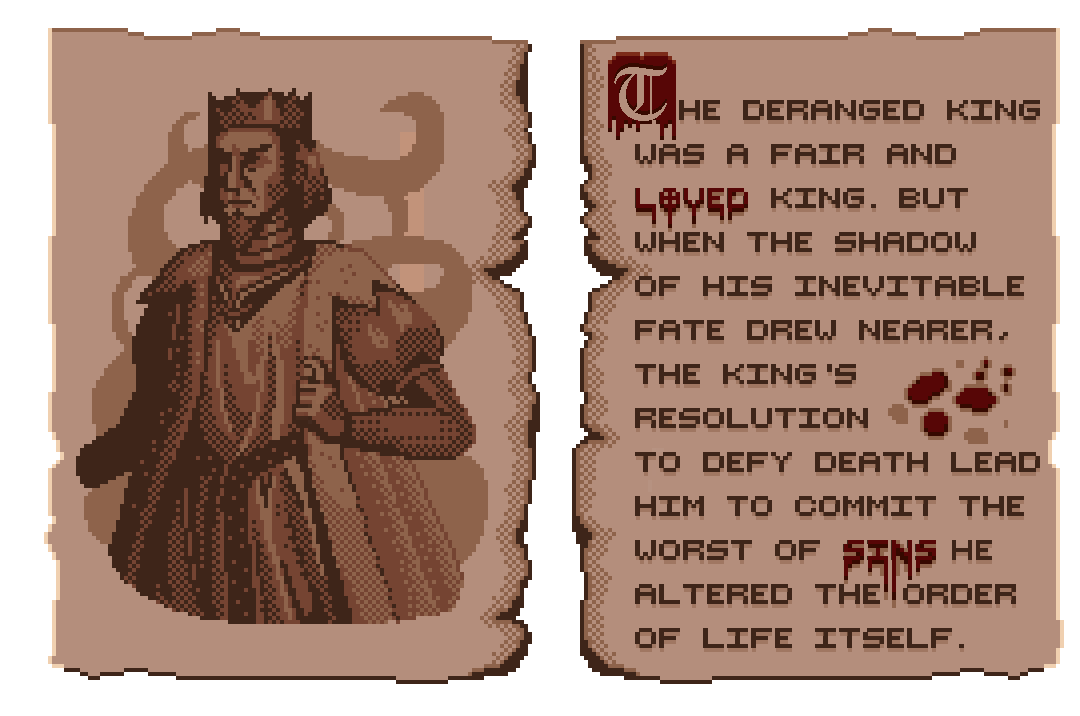 The Deranged King is the main antagonist. In order to defy
death, the King imprisoned Kharon in a cursed urn, and ordered to build
the most abyssal crypt that had ever been built to seal Kharon's urn in the depths of the crypt
using dark pacts and blood magic. The Echoes of the Crypt tell stories
about the King, and in all of them he's portrayed as a wise and kind
monarch. But derangement can cloud the vision of even the purest of men
when the shadow of death draws near.

They're the souls of people who died long ago and are now stuck in the crypt, unable to go to heaven or hell.
They want to help Kharon as they know it's the only way they can break
out of the crypt. Some of them will offer you their whisperings
(advice), others will give you clues and others will sell you items in
exchange for coins to pay for their passage to the afterlife. However,
years of ethereal existence have made them very forgetful, and some of
them can't remember their names, or if they were even human in the first
place. But one thing they know for sure is that they are one with
music, as music comes from the soul. And since for them pronouncing
lines that don't combine is nothing short of a crime, they speak in
rhymes at all times. 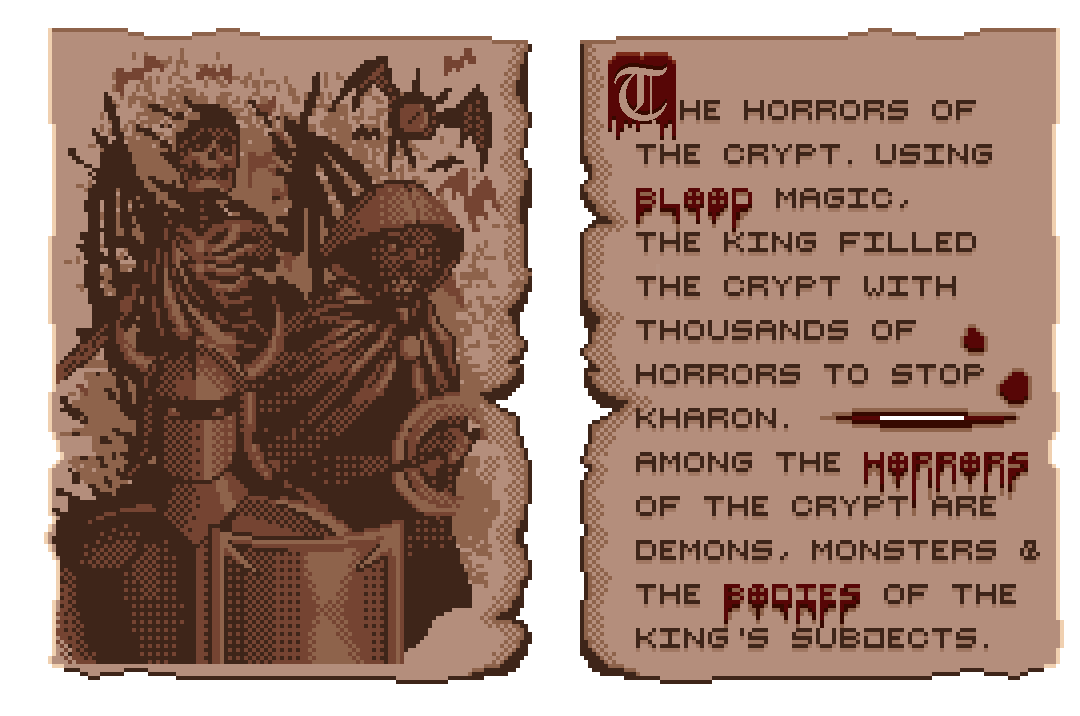 The Horrors are Kharon's enemies, but they can also become his weapons. Most of them wander the crypt aimlessly, but the worst Horrors are the ones that seal the thresholds to prevent Kharon from reaching the surface. But those are not the only Horrors you will see in this crypt. The closer you get to the exit, the more terrifying the Horrors you will encounter–Leng Spiders, Ghouls, Ghasts, Yigs, Shans, Byakhees, Wendigos or even Hounds of Tindalos.

There are also Demons that come to the crypt from the depths of hell just to have some fun getting their revenge on Kharon, since he was the one who sent them there and they still hold their grudges against him. They enjoy torturing Kharon and love how dull and eerie the world has become since he was imprisoned.

Gameplay-wise, Kharon’s Crypt is inspired by all the game influences that we had during our childhood. It’s mainly inspired by The Legend of Zelda: Oracle of Ages & Oracle of Seasons, Hebi's favorite childhood games. They mean a lot to him as they were his first Zelda games, and some of the first games to make him spend months trying to solve many of their puzzles and challenges.

However, gameplay and playability are not everything. For us, the plot is a key component of a video game. That’s why we did our research and read the greatest book by two of the best horror writers, H.P. Lovecraft and Edgar Allan Poe, to prepare before writing Kharon's Crypt's script. 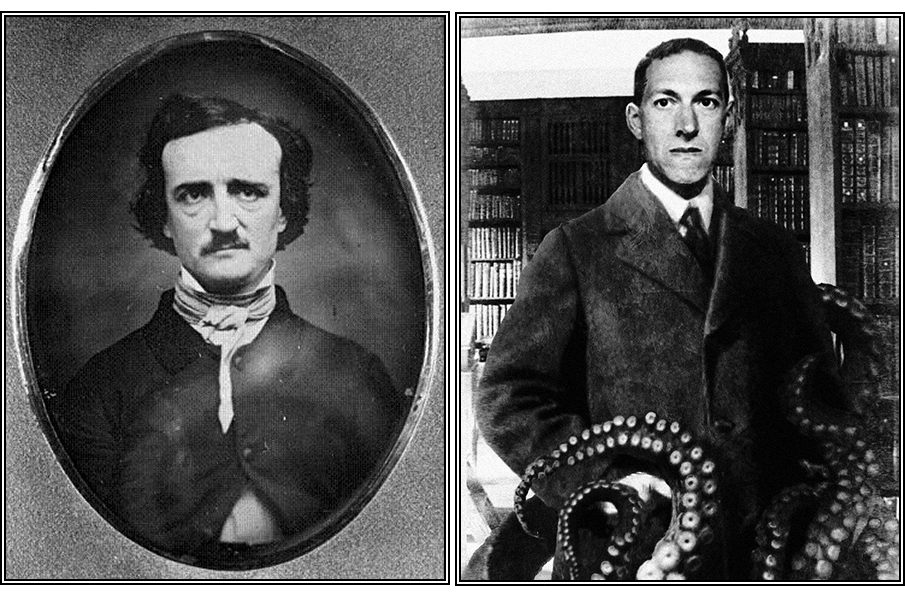 But literature has not been our only influence. In order to design Kharon's Crypt's universe, we've redesigned bits and pieces of universal mythology and then combined them with the wonder that is Lovecraft's lore. Just to name an example:
Kharon, our protagonist, is not just the same Kharon from Greek
mythology. He is also partially Osiris from Egyptian mythology and
Yog-Sothoth from Lovecraft's lore. 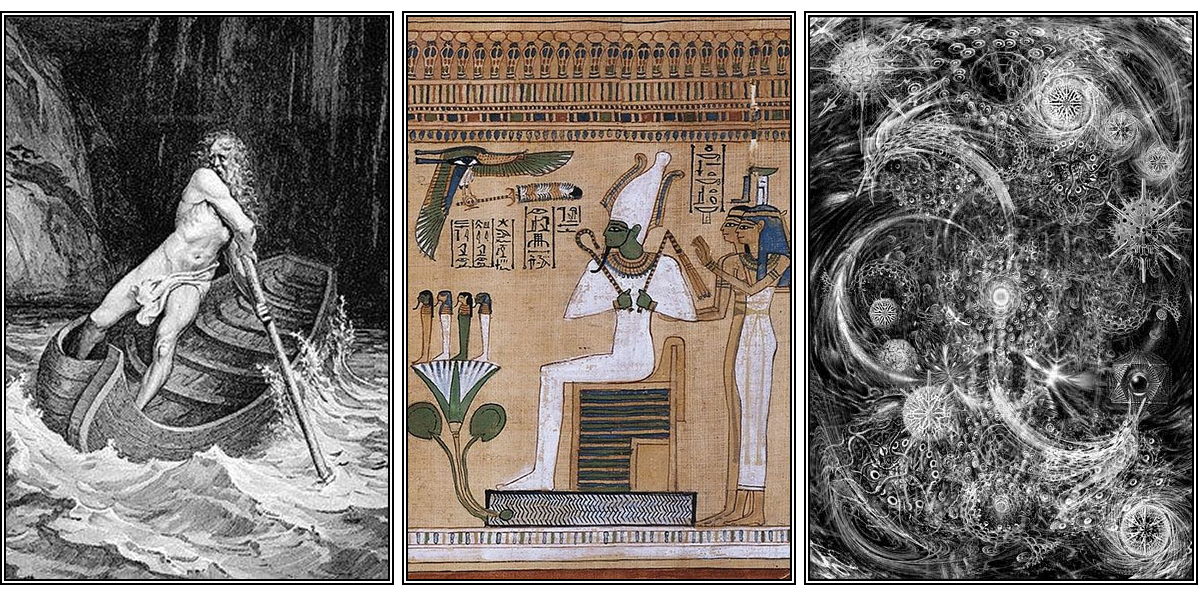 Kharon by Gustave Doré, Osiris from the Book of the Dead and Yog-Sothoth by John Coulhart

Like it? Hate it? We want to know your opinion! The community is a very

important element for us and we want to hear you out! Leave a comment
with your opinion and feedback!! 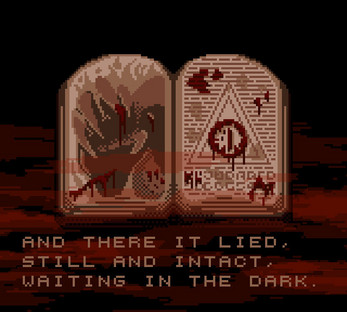 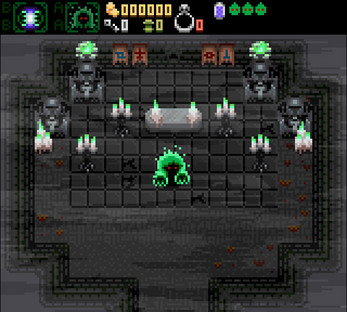 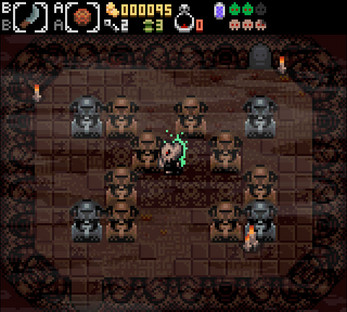 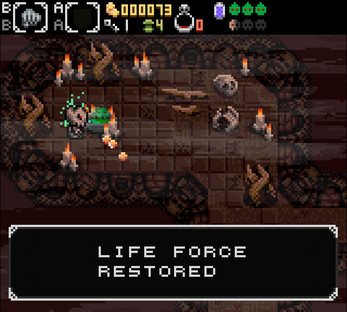 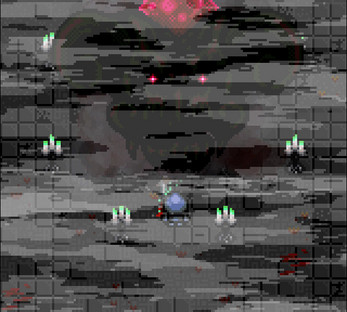 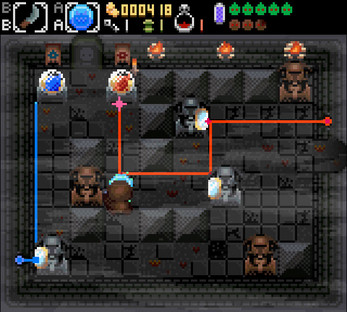 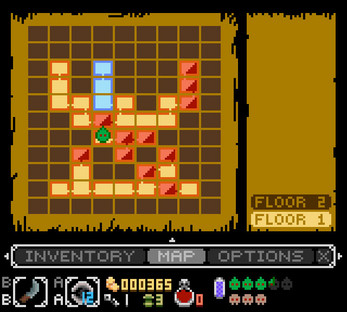 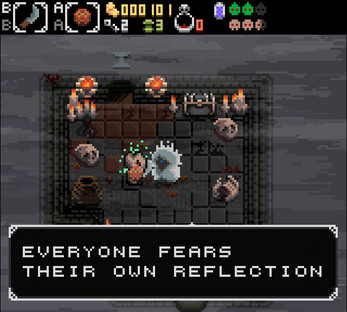 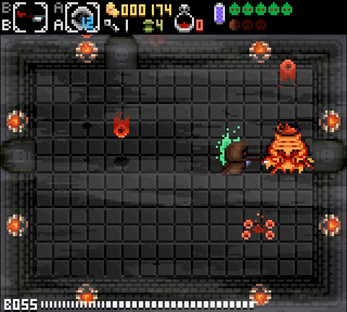 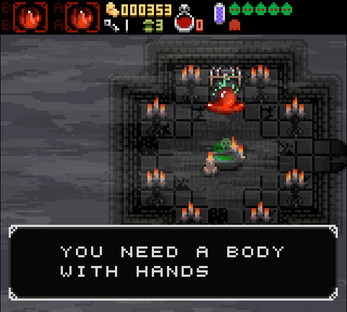 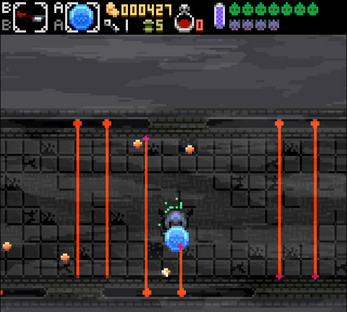 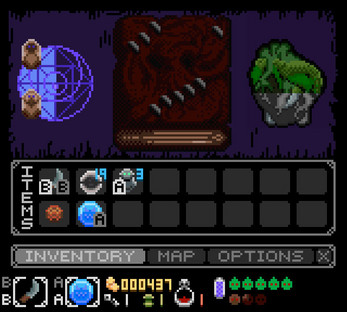